I broke down and bought Photoshop 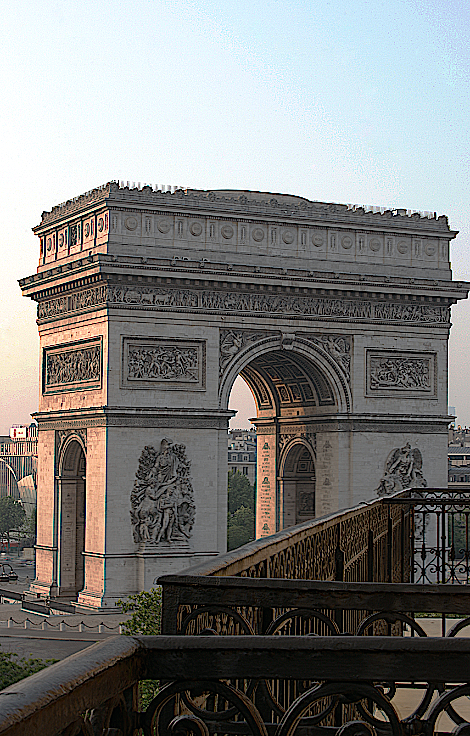 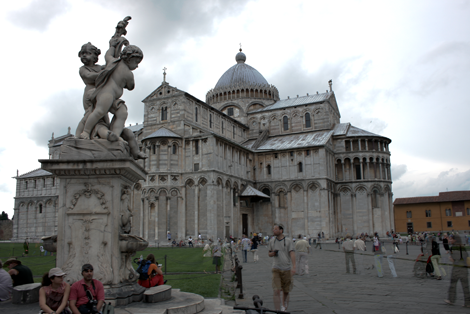 Photography Hack: Plot Your Focal Length Trends on your Mac

I've been thinking about buying a Canon lens to replace the somewhat inadequate kit lens that came with my Canon XTI.

So I posted on an expert forum asking about two lenses, and got some interesting advice, most of which was along the lines I had predicted.

But one poster pointed out that I might have a gap in my focal lengths by having a 10-22mm lens (a lens I might buy down the line) and a 24-xmm lens (where x: {70,105}mm). The suggestion was to use a piece of software called "ExposurePlot" to determine if the kinds of pictures I shot fell into the 22-24mm range. Now, that's a narrow range, but still a valid point.

The poster suggested I use a program called "ExposurePlot", which, it turns out is a Windows program that analyzes EXIF data from your pictures to determine focal length of your exposures, and then generates a scatter plot. Blech.

But never fear, OS X and Unix is here, and a perfect opportunity to blog about it (note, the following steps assume you are relatively comfortable with the Unix terminal):


Comments are closed for this story
Name/Blog: rus
URL: http://rus.berrett.org/blog/
Title: interesting topic...
Comment/Excerpt: I ran your find command (using -iname instead of -name) and produced a beautiful graph of focal lengths versus exposure counts for pictures taken with my Canon EOS 30D. I have the stock 18-55mm lens, so my range is much more narrow than yours. Check it out here: http://rus.berrett.org/pics/2008/focal_length_graph.jpg
Name/Blog: Khan
URL:
Title: Curious...
Comment/Excerpt: Very interesting to see that your chart mirrors mine... that there is a surplus of exposures fully zoomed in. What this tells me is, if we had lenses that had greater telephoto, we probably would have used them... Astute readers of my blog will recognize the byline of my blog from Douglas Adams' "A Hitchhiker's Guide to the Galaxy", a classic sci-fi comedy novel I first read as a teen-ager.

The Babel fish is small, yellow and leech-like, and probably the oddest thing in the Universe. It feeds on brainwave energy received not from its own carrier but from those around it. It absorbs all unconscious mental frequencies from this brainwave energy to nourish itself with. It then excretes into the mind of its carrier a telepathic matrix formed by combining the conscious thought frequencies with nerve signals picked up from the speech centres of the brain which has supplied them. The practical upshot of all this is that if you stick a Babel fish in your ear you can instantly understand anything said to you in any form of language.

Now it is such a bizarrely improbable coincidence that anything so mind-bogglingly useful could have evolved purely by chance that some thinkers have chosen to see it as a final and clinching proof of the non-existence of God. The argument goes something like this:

"I refuse to prove that I exist," says God, "for proof denies faith, and without faith I am nothing."

"But," says Man, "the Babel fish is a dead giveaway isn't it? It could not have evolved by chance. It proves that you exist, and so therefore, by your own arguments, you don't. Q.E.D."

"Oh dear," says God, "I hadn't thought of that," and promptly vanishes in a puff of logic.

"Oh, that was easy," says Man, and for an encore goes on to prove that black is white and gets himself killed on the next zebra crossing.

Most leading theologians claim that this argument isn't worth a pair of fetid dingo's kidneys, but that didn't stop Oolon Colluphid from making a fortune when he used it as the central argument in his book Well That About Wraps It Up For God.

Despite the rather flattering company it would put me in, my byline states "minor deities" in a (feeble?) attempt to escape elitism. One of my favorite quotes comes from the dizzying intellect of Isaac Newton:

"I seem to have been only like a boy playing on the seashore, and diverting myself in now and then finding a smoother pebble or a prettier shell than ordinary, whilst the great ocean of truth lay all undiscovered before me."

Newton, I think, is describing the complex, infinite, and unknowable nature of the universe, so it would be foolish to suggest that with a handful of shells and pebbles that one sees enough to have insight over more than just what is in one's grasp. Socrates speaks to this as well as the "gadfly" of Athens, "to sting people and whip them into a fury, all in the service of truth."

Socrates went to great pains to suggest that wisdom often comes by acknowledging what we don't know, rather than mistakenly asserting that we do. Socrates was fundamentally inquisitive about his world, and his affirmation that "the unexamined life is not worth living" resonates deeply with me.

Avid readers will note that I've been particularly smitten with photography recently, and I think I know why. Photography simply fits my personality...

First, there is the technical aspect to it. Optics, geometry, mathematics, physics, all play a part. Photography is literally the art/science of "capturing light".

Second, there is the artistic aspect of it. Should I compose a wide shot, or zoomed in? Are there distractions that should be optically blurred out, or do I need to keep things in focus? Are there any interesting lines, patterns, or colors that need to be included in the shot? Do I want this picture to be grainy, or sharp?

Third, there is the "existential" aspect of it all, where observation, insight and attention to detail play a part. I could wash my car, or I can go outside and snap a few pictures of a butterfly on a twig. The act of capturing provides an insight into noticing the world around you, and a camera is a very powerful visual medium in which to do it.

They say a picture is like a thousand words. You can assume that any picture you've seen that I've taken means that I spent a few moments observing what I shot. So, like blogging, photography is my way of sharing the shells and pebbles I've found along the way with the world.

Drop me a note (or just post a comment) if you've got your tickets and are planning to be there.

Also, the tulips in Mount Vernon should be blooming any time now. With the strange weather, they aren't quite in bloom, but they will be soon, and it'll be a great photo opportunity, if the weather cooperates. See the bloom map to see if the tulips are in yet. Christine and I have room for two in our car if anyone wants to join us for a day trip.

A couple years at OSCON, I saw a 30 minute presentation on how to write a single line of code to use the WebKit Cocoa framework to build your own web browser.

And this evening, my friend Richard asked for a screensaver that can display a web page, so I put the WebKit chocolate into the XCode Screensaver project peanut butter and got this. You'll need XCode to build it, and you are hereby given permission to use it as you wish (hint: in XCode look for http://www.khan.org in the websaverView.m class, and replace it with your own URL).

A few years ago I Tivo'd a series I found on PBS presented by Tom O'Malia from the Marshall school of Business at USC called Entrepreneurship: Building the Dream (outdated course description here).

One segment of the show focused on the differences between entrepreneurs and managers, and it drew contrasts between the two, such as reactive vs. proactive, intuition vs. data driven, unstructured work vs. defined tasks/duties, etc.

As a former entrepreneur, and full time manager, I took issue with some of what was presented, as I pride myself on an entrepreneurial approach to my management, and thus see the benefit in a balance between the predictability demands from management with the "keep it simple" approach of entrepreneurship.

One of the elements contrasted was of resources-- managers tend to manage constrained resources to minimize risk, typically to what ultimately comes down to a budgetary limit, whereas entrepreneurs marshal resources using whatever means they can to achieve a goal. This got me thinking about what I think is one of my core beliefs about technology management.

But, I suggest, imagine where you were in your career five, ten, even twenty years ago. Imagine that this previous version of you is here right now interviewing for this job. Who is the better candidate to hire? The one who is relatively inexperienced or the "now" version of you?

Clearly you are substantially more capable today than you were twenty years ago, and you probably make one to two orders of magnitude more money (and offer the same in value to your employer) than you did since your first job. And when we compare this against the other resources at our disposal... do you have 240-2400 hours a day? Do you have the luxury to marshal 10-100 times the human resources to get your projects done?

And this leads to one of my mottoes in management: "The only unlimited resource in management is that of human potential."

I am truly committed to the development of those on my team because I know that any investment I make in training, career advancement or mentoring will pay me back in spades.

It's sort of like a Moore's law of human resources... perhaps properly nurtured human capacity doesn't double every two years, but by my estimation, it's not too far off.

I am currently the #8 result when googling for "khan".

Not too bad, I'm only seven spots away from such rarified one-word names like "Madonna" or "Prince".

If you'd like to help me reach a higher pinnacle, on your blog, or on your website, create a link to http://www.khan.org with a link title of "khan"... if only because by doing so you'll be creating a self-fulfilling prophecy of linking to somebody googlebot thinks is important. :)

(And if you haven't done so yet, sign up your domain for google's "webmaster tools" which will give you lots of interesting information about the crawling/indexing and frequent search queries for your site.)