One of the things I'm glad I did during our June European vacation was to take the time to capture a few HDR-ready (high dynamic range) pictures. I've finally gotten around to processing these images with Photoshop.

The way to accomplish this effect is to use what's called the "Auto Exposure Bracketing" feature of a camera, which in sequence takes an under-, properly-, and over- exposed image. In post processing, software seams together the three exposures into one image.

The effect is like a supernatural flash, but without using flash... which has issues of adding false color, casting unnatural shadows, and illuminating closer things more than farther things.

My contribution to the blogosphere for today is an HDR image of three shots I took back in June at the Sagrada Familia in Barcelona. It's what I'd call a "neo-gothic" cathedral (begun in 1882, and still under construction), with very cool stained glass windows. 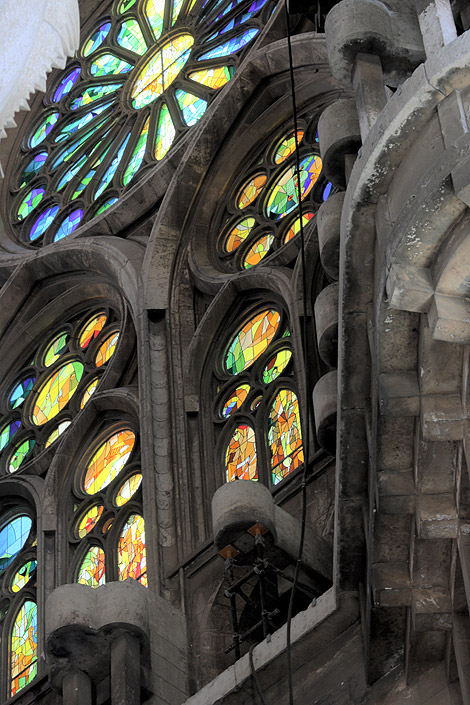